Richland County has proposed a one penny sales tax to fund transportation projects such as road, bike, pedestrian, and greenway improvements throughout the county. The tax will be subject to a referendum on the November 6 general election ballot. Among the projects in Rosewood are: 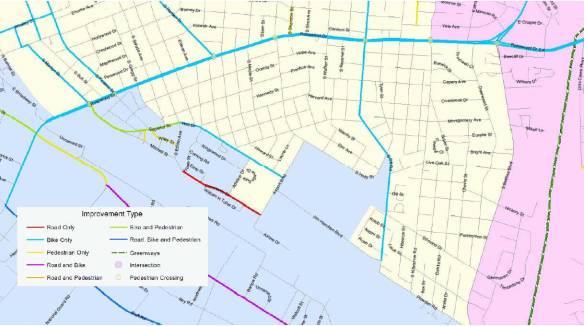 Map of proposed Rosewood projects that would be funded from the penny tax. Click to enlarge.

Here’s an article from The State newspaper describing the proposed spine road on Commerce Drive and the railroad relocation at the intersection of Rosewood and Assembly.

See the links below for more information on the tax and the proposed improvements.